Waiting with Gritty Hope: Music for This Time 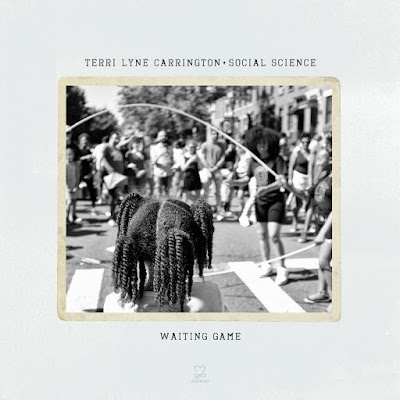 Like many of us in the Ordinary Space orbit, I’m a lifelong music lover. Music tethers us: sound vibrations link voice or instrument to eardrum, while expectation and surprise link a musician’s heart to a listener’s. For cultivating that basic intimacy of music, I love projects like the NPR Tiny Desk Concerts — a small crowd listening to diverse musicians play and sing live, unadorned by glitzy production.

In March of this pandemic year I clicked on the Tiny Desk video of Terri Lyne Carrington & Social Science, a band new to me. I discovered a fusion of elegant jazz musicianship, hip hop lamentations about unjust Black deaths, soaring soul vocals, samples of James Baldwin’s blistering insight, and the power of a tight rock band. Those 17 minutes felt like the most transformative musical sermon. Carrington and her band played four songs that bear witness to the bad news of systemic injustice, while channeling righteous resilience along with hope that this world can be better. I played that mini concert over and over, then bought their album Waiting Game. This music is still working on me nine months later. I’m being schooled in Social Science.

Jazz drummer and band leader Terri Lyne (pronounced Lynne) Carrington owns a vast catalog of recording credits for her collaborations with luminaries like Herbie Hancock, Geri Allen, Stan Getz, and Cassandra Wilson. She’s convened first-rate bands for her own albums, including the 2013 record Money Jungle: Provocative in Blue which won her a Grammy. At this point in her career Carrington could be doing anything she wants. When the 2016 election propelled her toward new forms of activism, she created this band Social Science comprising Black and white musicians, some of them half her age, and whose chops range from indie rock to hip hop to jazz.

Waiting Game conveys what persons of color experience in this culture, and especially the travails of Black bodies and souls. The opening track, “Trapped in the American Dream,” builds from quietness to a pulsing jam while Kassa Overall lays out the impossibility of liberation for all as long as some of us refuse to face the patterns of lynching trees and mass incarceration and constant threats to Black lives.

How much can we endure?

with conviction and remorse

While Carrington and the other lyricists land strong critiques of white supremacy, they also resist a simplistic us-versus-them dialectic. “Waiting Game” caught me off guard a few lines later with

We too are guilty

Complacency has its price

Those words should be spoken by me, a middle class American white straight married Christian male with a job and benefits and a stupid amount of unearned privilege. So when I hear them sung plaintively by a black woman…I am humbled into reverent, heartbroken silence. Respect.

Carrington responded to Philando Castile’s traumatic death by police by writing “Bells” but — God help us — the song just as easily could be about George Floyd or Breonna Taylor or Sandra Bland or any of the other victims of police brutality:

Beyond the stars and stripes

into the prison bars and stereotypes

as if black lives mattering is a game to them

and not a basic right within

“all men are created equal”

But when I dream

I see a world

As the swell recedes and we’re back to sirens and blood-painted streets, I find myself laid bare. Weeping for all that’s wrong inside and around us. Craving that fearless and hopeful world that could be. Longing to support more artists of color.

During the Tiny Desk concert Carrington acknowledged to the listeners that this music “can be heavy.” Yet this is an album buoyed by inclusivist love. Love for LGBTQ+ persons (“Pray the Gay Away” skewers religious cultures that deny reality), love for First Nations people (“Purple Mountains”), love for truthtellers (“No Justice [For Political Prisoners]”), love for women (“The Anthem”). Divine love also infuses some of the music, most notably “Love,” the band’s adaptation of Joni Mitchell’s setting of 1 Corinthians 13. Kassa Overall closes that song with the intention, “I will greet this day with love in my heart.”

Beyond the Social Science band, Terri Lyne Carrington’s passion for justice infuses all she does. A graduate of Berklee College of Music, she holds an endowed teaching position there, and she recently founded the Berklee Institute of Jazz and Gender Justice with a yearning for rightness in the music world and beyond:

We will foster creative practice and scholarship in jazz within an integrated and egalitarian setting. We seek to engage ourselves and others in the pursuit of jazz without patriarchy and, in making a long-lasting cultural shift in jazz and other music communities, recognize the role that jazz can play in the larger struggle for gender and racial justice.

From patriarchy to plurality, from Advent to Christmas, from white supremacy to the Beloved Community, from Holy Saturday to Easter Sunday — “how long can freedom wait / before we hear it ring?” - C. Nolan Huizenga