In hard times, I gravitate not toward the cheerful, but the real.

That's why, after listening compulsively to Bob Dylan's "Murder Most Foul," a 17 minute elegy for Kennedy and America, I decided to check on whether my favorite song of his had made it onto YouTube yet.

This perfect recording—Dylan on vocals and piano, Mark Knopfler on acoustic guitar, one or the other of them tapping their foot to keep time—Dylan himself says was "never developed fully, I never got around to completing it." I know no better example of artists being the least able to judge their own work.

Because it is not "developed," it is sparse and intimate, more sketch than oil painting. But this is appropriate for a song with the opening line:

"See the arrow on the doorpost

Saying 'This land is condemned

All the way from New Orleans

We feel like we're in a mostly empty space, thanks to the minimal production. We're nowhere. The shutters are up in every window. Or we feel like we're looking at a decayed photograph or listening to a scratchy old 78. We're at the birth of the blues.

Introducing "Jerusalem" into the lyric so early lands us inside biblical lament. This song will probe America's wounds, but no country is above reproach.

Blind Willie McTell has shown up in a Dylan song before under one of his other stage names—Georgia Sam, who you might recall had a bloody nose and was advised to seek relief from his troubles down Highway 61. But it's the blues he sings like no one else can that we are investigating in this haunted little song, not the singer it's named for. No, not even that--the desolate homeland of that genre of lament. That's my take, anyhow. This is a sketch, remember, and not all the lines connect. 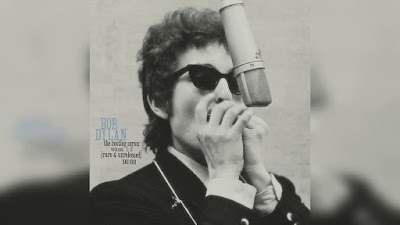 We see glimpses, we take things in through glances. Tents taken down as a hoot owl sings—are these from Desolation Row's circus? Women strutting with feathers—a burlesque show, perhaps. A burning plantation. Then we're invited to engage other senses—hear the whips, smell the magnolia. We've already been told all this is condemned. The ghost of slavery ships comes as no surprise. Knopfler's guitar strings toll the undertaker's bell; no need to imagine its tone. Sudden and final.

The lines have gradually been drawn thicker and rougher on the page. The tapping foot is relentless. We aren't seeing just ghosts—the chain gang is even now on the highway. And every invocation of McTell's unmatchable blues pulls a different emotion out of the phrase—pride, defiance, anger. What court sentenced him to the blues?

When you think the pencil point might snap off, there are a few deep breaths of an instrumental interlude. And then—what I've brought you all here to see:

—so all's right with the world? Not quite.

"And we all want what's his

But power and greed and corruptible seed

Seem to be all that there is."

This is not where the song ends; in a moment we will nod our head toward the St. James Infirmary to remind us we've been living inside a borrowed melody all along. But here is the heart of the sketch, the closing argument for our own trial and conviction. Except...the cell door won't close completely. One little word—"seem"—says to me there is hope. It is almost too slight a hope to notice.            —Angela Pancella