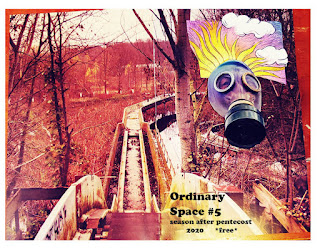 After much delay, the print edition of Ordinary Space # 5 is finally here.

Please join the mailing list to receive the fanzine at home (by filling out this form):
https://forms.gle/BTkHLx37idTAbu2s7