Call For Contributions Issue 6 - Theme: Can I Get a Witness? 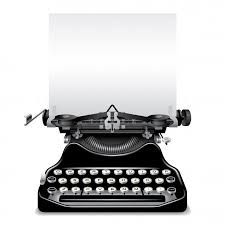 Theme: Can I Get a Witness? Engaging Prophetic Art, Music, & Writing Around Race, Identity, and Representation

In an essay from 1962 titled “The Creative Process,” James Baldwin mused on the work of the artist within a culture and society. He noted that while a society must assume that it is stable, the artist knows differently. There is nothing stable under the sun and the artist’s work is never conservative but is revelatory and disruptive of the status quo. He says, “The artist cannot and must not take anything for granted, but must dive to the heart of every answer and expose the question the answer hides.”

Baldwin’s description and challenge infuses every issue of Ordinary Space; it informs our consideration of pop culture as art and as justice work. For Ordinary Space’s sixth issue, we invite a conversation around the prophetic art, music, and writing that engages issues of race, identity, and representation in our culture.

We invite a variety of voices and perspectives in dialogue with the intersection of pop culture, religion, and issues of justice in relation to race and representation. Where do you see this intersection in popular and prophetic art, music, and writing? What is the role and/or relation of artistic creations in pop culture to the work of justice? We seek your ideas and points of view. If you are looking for a direction, potenntial points of contact could include but are not limited to:

Note: The above prompts are merely suggestive and not exhaustive of the options that could address the issue’s theme.

We also welcome submissions outside of these themes as long as they fit with the Zine’s emphasis on the intersection of pop culture, religion, and themes of justice.

We invite submissions of essays, poetry, or visual art. Idea essay submissions will be between 800 and 1500 words although we will consider shorter and longer submissions. Please send submissions by October 23, 2020 to ordindaryspacezine@gmail.com.