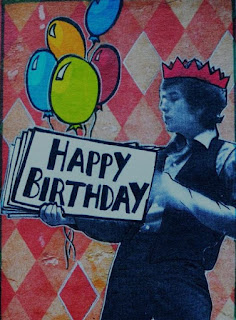 I had no appreciation for Bob Dylan until I heard him sing the blues.

That’s not completely true; a video built from scribbled words and archival photos gave me something to puzzle over when “Series of Dreams” came out the year I turned 16. With this one exception, however, Dylan’s easily-parodied nasal whine and my own adolescent haughtiness meant I ignored him for years.

Then I heard “World Gone Wrong,” and something clicked. His voice telegraphed the song’s message in a way no clear, bell-like tenor could have. The more I learn about the world, the more I value unsparing assessments of its state. It has gone wrong.

Everyone finds their way to Dylan following their own individual path. That’s what makes ranking his artistic output a personal process. Of course, I’m kidding when I say this Top 79 list is definitive. My preferences come from how I arrived at these songs or (especially) who pointed me in their direction.


I must stress something staggering for a list of this size: these are my 79 favorites. Dylan’s longevity and astounding output over time, with powerful songs in every decade of his career, cannot be taken for granted. Any other artist’s list would include filler; I can make a case for the inclusion of all these. I’ll limit myself this time to occasional observations..

79. Rainy Day Women #12 & 35. On one level, the setup and delivery of the joke is obvious. On another, there’s something prescient about the allusion to a biblical form of punishment, given the criticism Dylan will face later on.
78. Chimes of Freedom
77. Desolation Row
76. Bob Dylan's Blues
75. Positively 4th Street. This makes me think of a St. Louis Mardi Gras Parade, where a Bob Dylan-themed float distributed, not beads, but “autographed” pictures of him captioned “What a drag it is to see you.”
74. It Takes a Lot to Laugh, It Takes a Train to Cry
73. Changing of the Guards
72. Talkin' World War III Blues
71. Tears of Rage
70. Sad-Eyed Lady of the Lowlands
69. Tombstone Blues
68. Absolutely Sweet Marie
67. Disease of Conceit
66. Clean Cut Kid. I first heard this on St. Louis’s community radio station, KDHX, on a show commemorating Dylan’s 60th birthday. The host said it had taken until 1985 for Dylan to release his greatest anti-Vietnam War song. Never stop trying to say what needs saying.
65. Lo and Behold!
64. Do Right To Me Baby (Do Unto Others)
63. Clothes Line Saga. My love for this is based on Suzzy and Maggie Roche’s cover on A Nod To Bob, a tribute album commemorating Dylan’s 60th birthday. It’s sly and funny and feels uniquely Minnesotan.
62. Boots of Spanish Leather
61. Silvio
60. Blowin' in the Wind
59. Isis
58. Jokerman
57. With God On Our Side
56. What Good Am I?
55. It's Alright, Ma (I"m Only Bleeding)
54. Quinn the Eskimo (The Mighty Quinn)
53. When the Ship Comes In. Hopeful and apocalyptic at once, which can be tricky to pull off.
52. Tweedle Dee and Tweedle Dum
51. Ballad of a Thin Man
50. Mr. Tambourine Man
49. Solid Rock
48. Highlands
47. Not Dark Yet
46. Ring Them Bells
45. The Lonesome Death of Hattie Carroll
44. I Shall Be Released
43. Bob Dylan's 115th Dream
42. Idiot Wind
41. Only A Pawn in their Game
40. It's All Over Now, Baby Blue
39. It Ain't Me, Babe
38. Saving Grace
37. Death Is Not the End
36. Gotta Serve Somebody
35. Pressing On
34. Political World
33. All Along the Watchtower
32. Things Have Changed
31. When He Returns
30. The Groom's Still Waiting at the Altar. “Try to be pure at heart, they arrest you for robbery. Mistake your shyness for aloofness, your silence for snobbery.” I have always wondered if these lines are autobiographical.
29. Murder Most Foul
28. Series of Dreams
27. Man in the Long Black Coat
26. Knockin' On Heaven's Door
25. Forever Young
24. Everything is Broken
23. Every Grain of Sand
22. Visions of Johanna
21. The Times They Are A-Changin'
20. Duquesne Whistle
19. High Water (for Charley Patton). Remember what I mentioned earlier about how the world’s gone wrong? The vivid imagery of disaster aftermath here was taken as evidence that we’d all caught up with Dylan’s prophecies (the album it’s on, Love and Theft, was released on September 11, 2001)
18. Hurricane
17. Lily, Rosemary, and the Jack of Hearts
16. Leopard-Skin Pillbox Hat
15. In the Garden
14. Brownsville Girl
13. Shelter from the Storm
12. Don't Think Twice, It's All Right
11. Maggie's Farm
10. Saved. The most rollicking and joyful song Dylan has released. Providentially, I learned about his gospel songs from someone who loved them -- my cool sister-in-law -- rather than someone who felt betrayed by them.
9. Dignity
8. Highway 61 Revisited
7. Like A Rolling Stone. A strange mix of snarling and empathetic, “Like A Rolling Stone” takes the apocalypse of “When the Ship Comes In” and turns its spotlight on the mighty who have been cast down from their thrones.
6. I Believe In You. A sweet, sad reckoning of faith’s cost. Sinead O’Connor’s version emphasizes its tenderness without sacrificing its spiritual yearning.
5. Subterranean Homesick Blues.
4. Tangled Up In Blue
3. Masters of War. Has there ever been a line as cold as “Even Jesus would never forgive what you do”? Dylan’s delivery puts me in mind of Yeats’ vast image out of Spiritus Mundi; it is blank and pitiless as the sun.
2. A Hard Rain's A-Gonna Fall. “I saw guns and sharp swords in the hands of young children.” My heart skipped a beat when I heard this line after Columbine.

This is Ordinary Riff #4, a weekly or (twice weeky) online column, commenting on music, movies, and other media. In addition to reposts from the print edition of Ordinary Space, this is a new feature for OrdinarySpace-dot-org.